Fact Sheet: G-8 Action on Food Security and Nutrition
At the Camp David Summit, G-8 and African leaders will commit to the New Alliance for Food Security and Nutrition, the next phase of our shared commitment to achieving global food security. In partnership with Africa’s people and leaders, our goals are to increase responsible domestic and foreign private investments in African agriculture, take innovations that can enhance agricultural productivity to scale, and reduce the risk borne by vulnerable economies and communities. We recognize and will act upon the critical role played by smallholder farmers, especially women, in transforming agriculture and building thriving economies.

We welcome the support of the World Bank and African Development Bank, and of the United Nations’ World Food Program, International Fund for Agricultural Development, and Food and Agriculture Organization for the New Alliance. We also welcome the successful conclusion of the Voluntary Guidelines on the Responsible Governance of Tenure of Land, Fisheries and Forests in the context of National Food Security and support the broad-based consultation process and pilot use of the Principles of Responsible Agricultural Investment.

Since the L’Aquila Summit, where we committed to “act with the scale and urgency needed to achieve sustainable global food security,” we have increased our bilateral and multilateral investments in food security and changed the way we do business, consistent with core principles of aid effectiveness. Based on the findings of the 2012 G-8 Accountability Report and consistent with the Rome Principles on Sustainable Global Food Security, the G-8 will agree to:

The New Alliance will be rooted in partnership

The G-8 will partner with the African Union, New Partnership for Africa's Development and CAADP to implement the New Alliance, and leverage in particular the Grow Africa Partnership, in order to ensure our efforts build on African ownership, yield significant outcomes, and can be replicated across Africa. The G-8 will work together to advance the objectives of the New Alliance and G-8 members will support its individual elements on a complementary basis.

To mobilize private capital for food security, the New Alliance will:

To take innovation to scale, the New Alliance will:

To reduce and manage risk, the New Alliance will:

To improve nutritional outcomes and reduce child stunting, the G-8 will:

To ensure accountability for results, the New Alliance will: 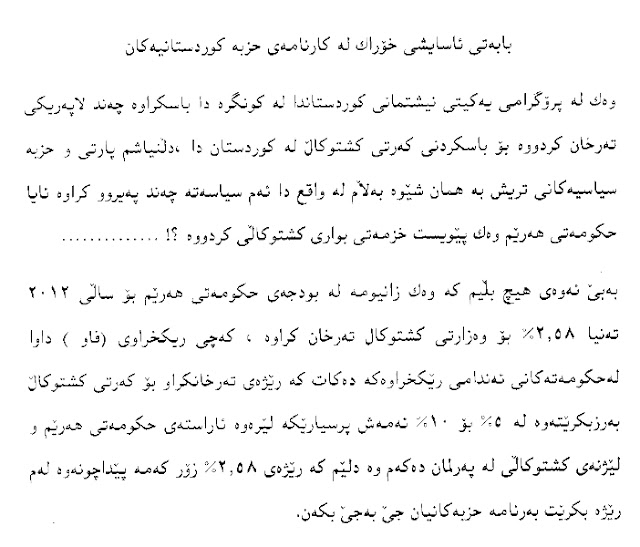 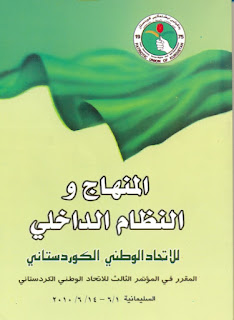 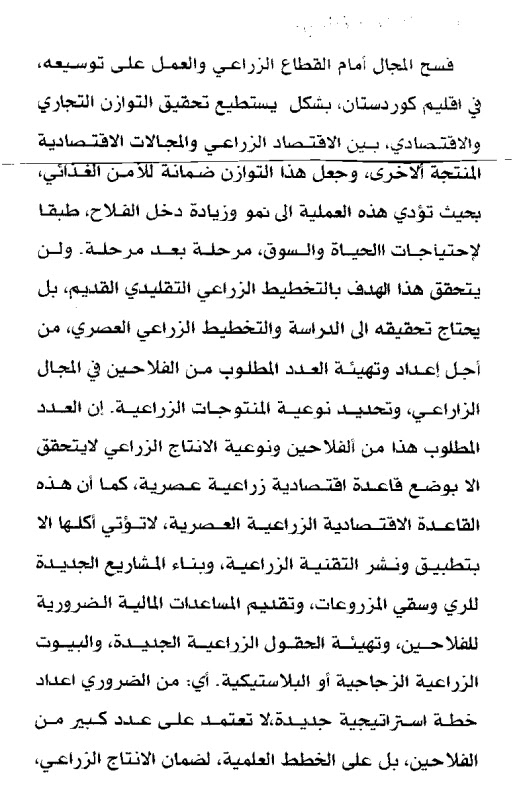 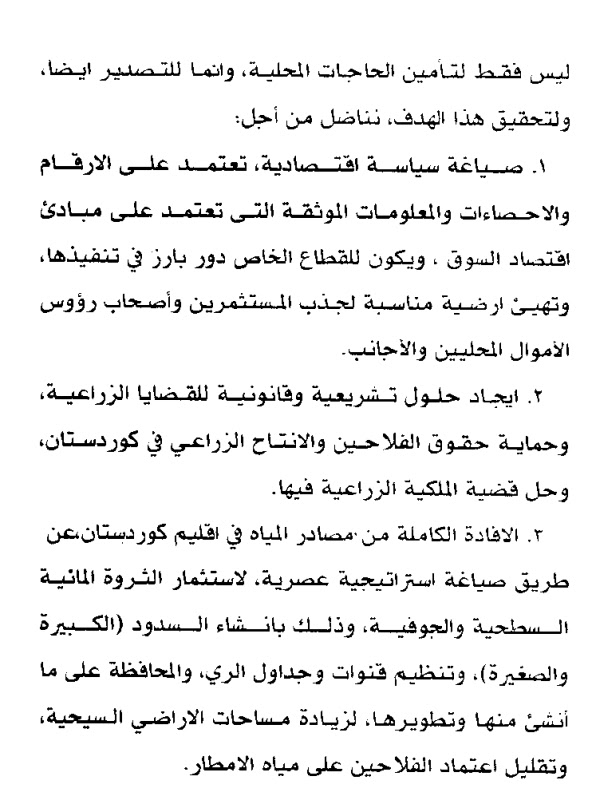 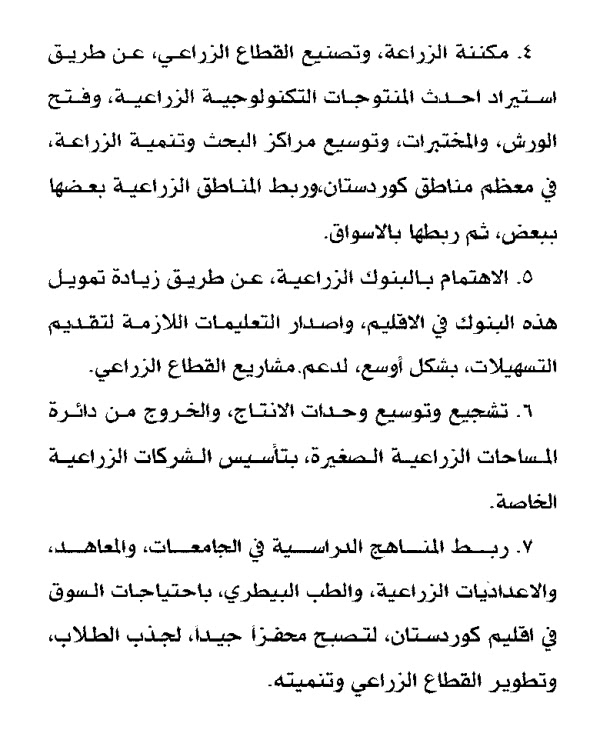 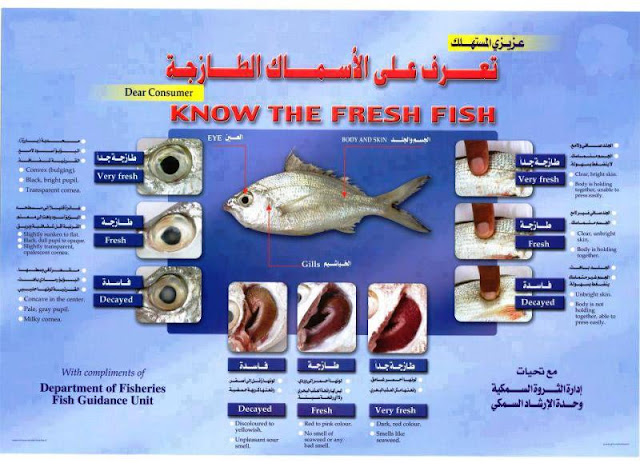 
I have just looked at the Kurdistan Government’s budget for 2012-2013 and saw that parliament has allocated 2.58% of the budget for agriculture. In 2010 at the F.A.O.-U.N.’s General Ministerial Meeting the recommendation was made that the percentage of the budget given to agriculture in developing countries should be raised from the 5% recommended in previous years to 10% now, two years later, the Ministries of Agriculture in both Kurdistan and Iraq no not receive 3%.

At today’s G8 meeting in Camp David, U.S.A. a great deal of time was given to the discussion of food security. All the G8 countries are not only rich but have a good agricultural sector and are concerned as to their food security. The EU’s Common Agriculture Policy (CAP) represents 40% of the total EU budget. It leaves me to wonder why so many Third World countries, including ours, are not interested in their nation’s food security. It is time that we paid more attention to this issue and follow the U.N.’s advice and direct more funding to the country’s agriculture and at least maintain the agricultural budget at 5%.

In addition we need to plan ahead more effectively when it comes to obtaining veterinary medicines, vaccines, fertilisers and pesticides etc for the new season. All too often the orders for these essential supplies are placed when the budget has been allocated and the season is well underway. The result is that the newly purchased supplies arrive too late to be used in the current season and, when it comes to drugs and vaccines that have a limited shelf life, there is unnecessary wastage.

﻿
﻿
ProMED-mail postDate: Wed 16 May 2012
Source: World News UPI.com [edited]
5 people have died in the Black Sea region of Turkey of a disease that can be transmitted by tick bites, officials said; 3 residents of Kastamonu province in northern Turkey were taken to the Ankara Numune Hospital on Tuesday 15 May 2012 and died that day from Crimean-Congo hemorrhagic fever, today's [16 May 2012] Zaman [newspaper] reported. A shepherd from Tokat district in Tokat province and a farmer from Corum province also died of the disease Tuesday.

The disease, which affects mainly farm and slaughterhouse workers in the countryside and in the central Anatolia and Black Sea regions, is normally transmitted by bites from infected ticks or through direct contact with infected blood tissue in livestock. Transmission between humans through exposure to contaminated blood is rare.

As a result of global warming, ticks carrying the virus are multiplying faster, scientists said. The disease, for which there is no vaccine, causes hemorrhage, high fever, muscle pain, and vomiting. In severe cases, the disease can cause a body rash, bleeding from the bowels and gums and renal failure.

The disease, which has a mortality rate of about 30 percent, was 1st identified in the Crimea in 1944
and later appeared in the Congo. 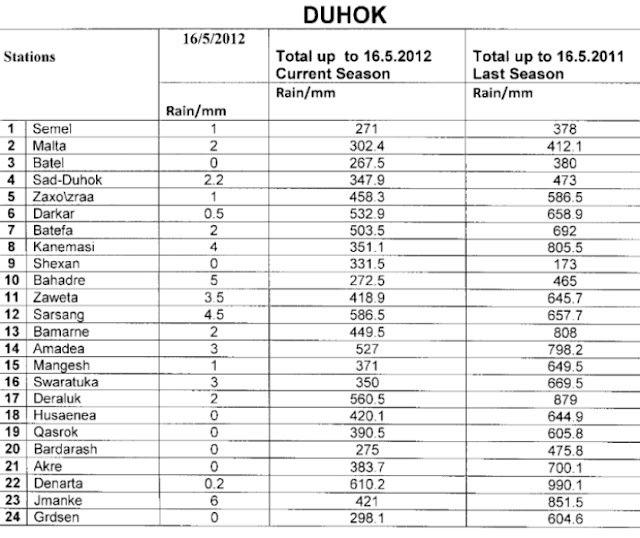 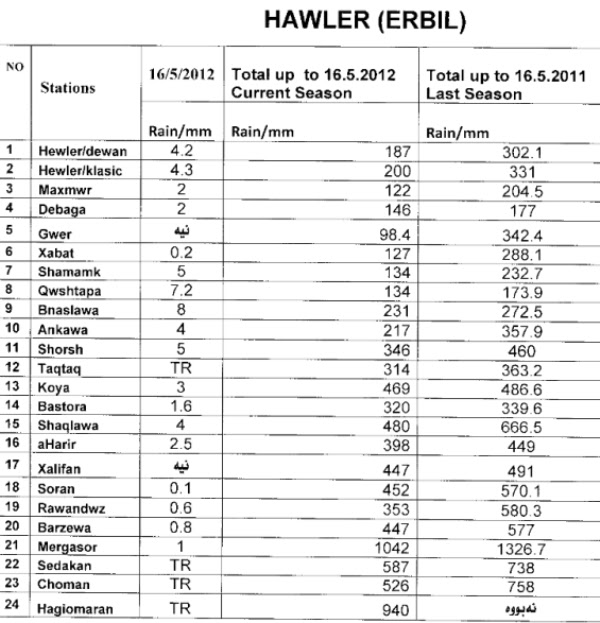 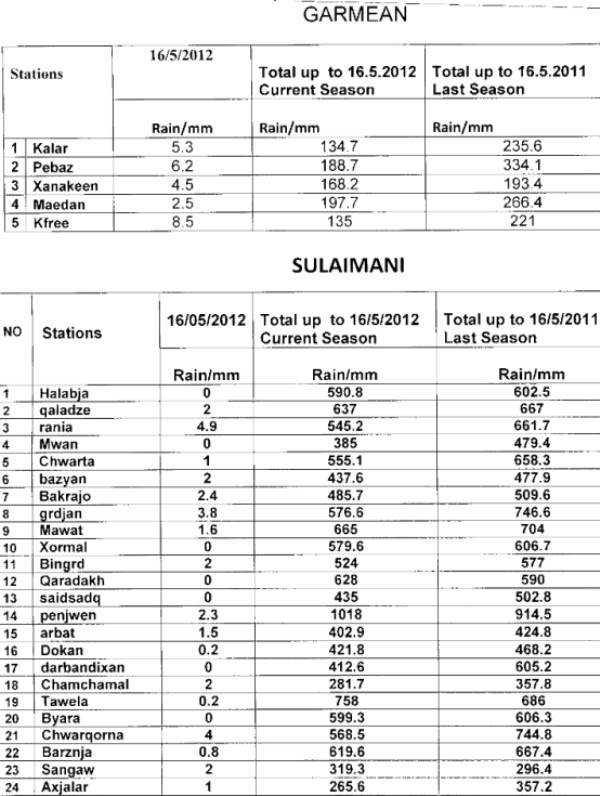 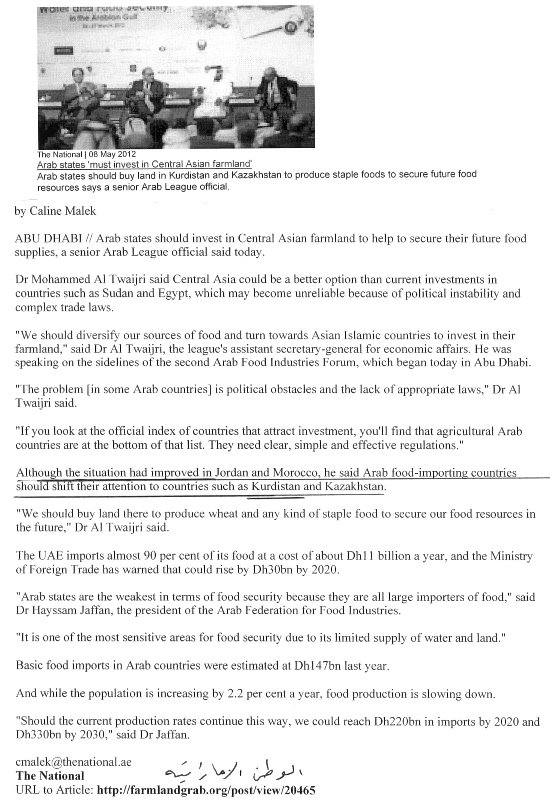 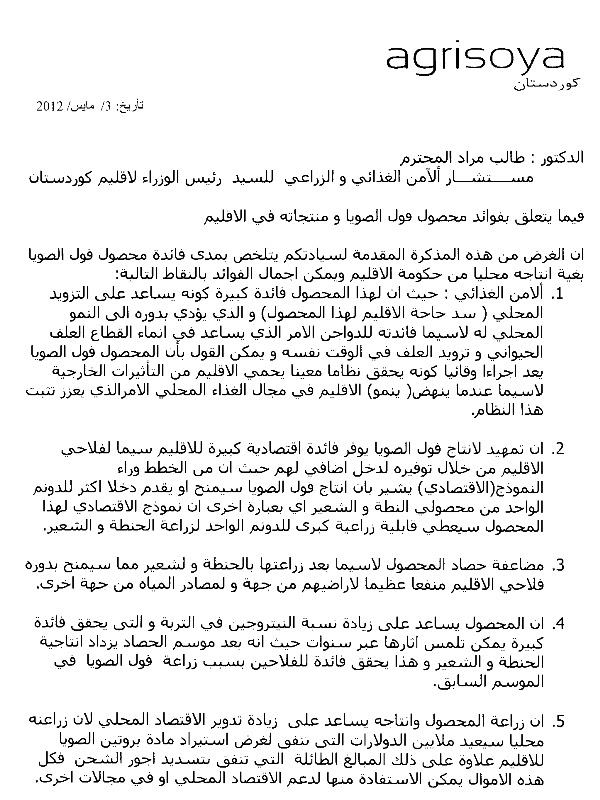 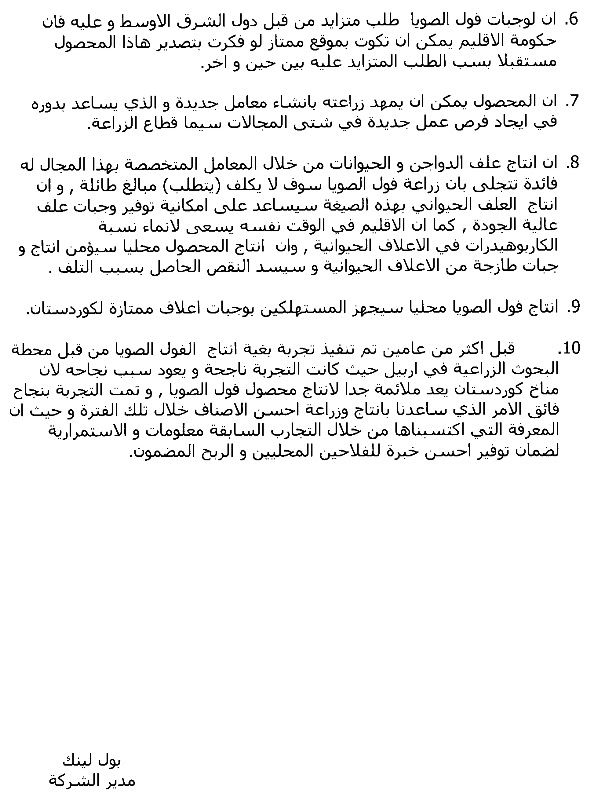 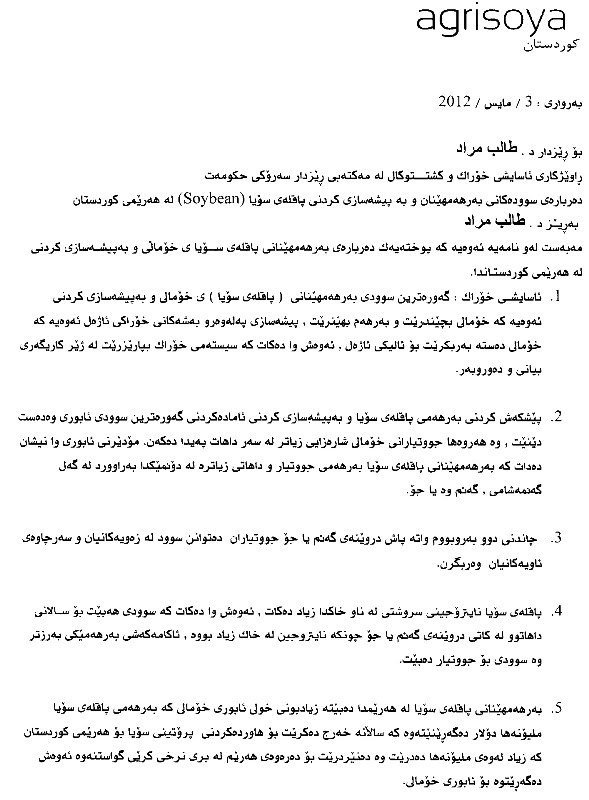 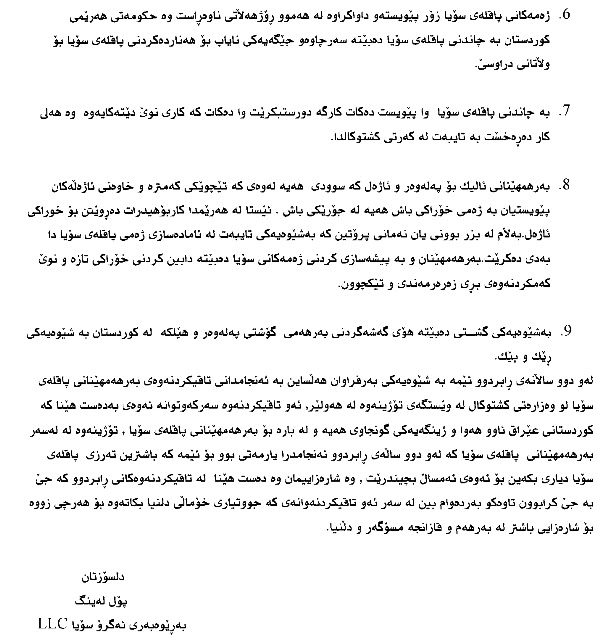 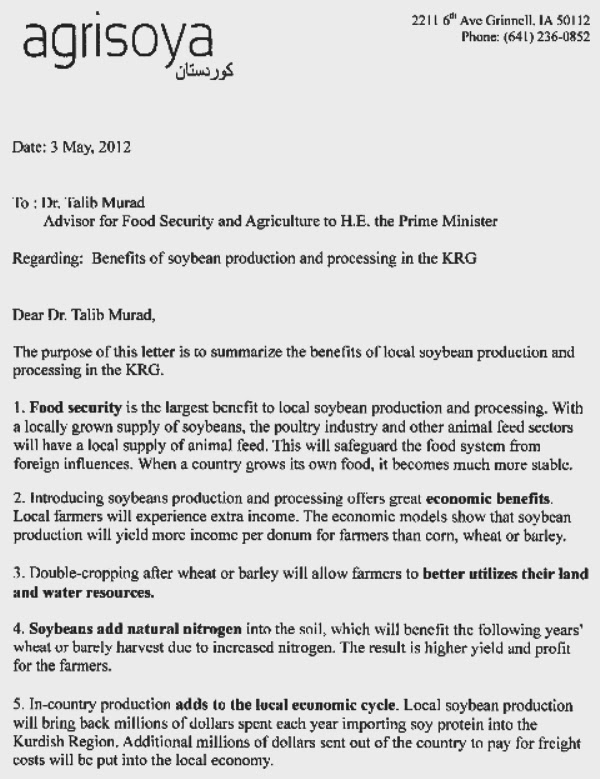 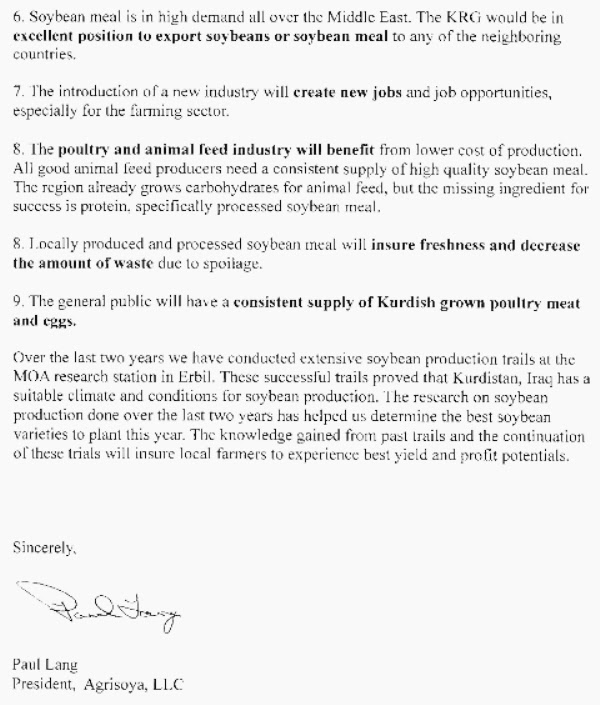 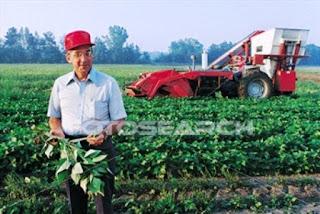 In all the years that I worked with FAO I was used to seeing soybeans as a viable crop in every country that I visited, therefore I was surprised to find that it was not cultivated here. This company, Agrisoya, is enthusiastic about introducing soya cultivation here and the company has an excellent track record in many countries in south east Asia. 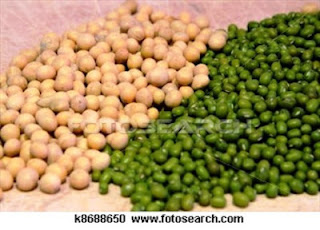 Initially there was a somewhat negative attitude towards them from those who had litlle conception of the usefulness of soybeans and I must salute their persistence in working towards their goal of seeing soya cultivation here. I met them through Dr Salah Baker and they visited the Prime Minister Office  and I am sure that they will assist us in improving the food security not only in Kurdistan but in Iraq. 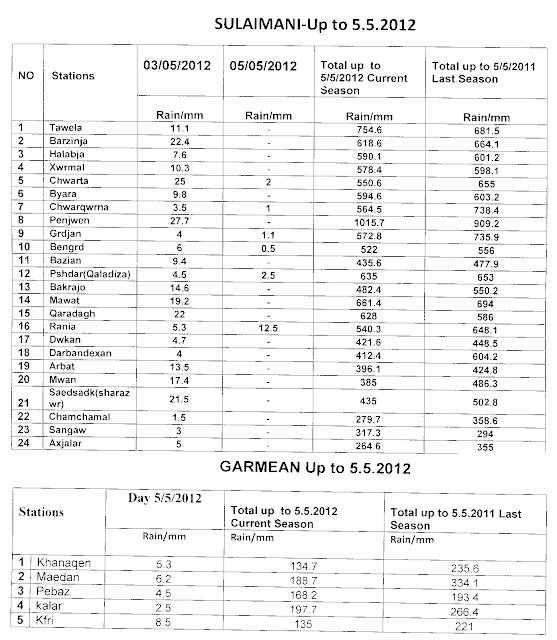 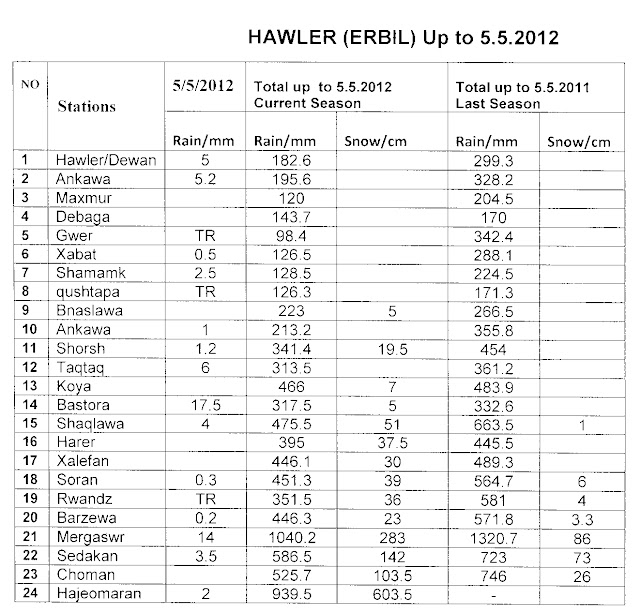 The Potentials of Adapting Crop Production to Climate Change