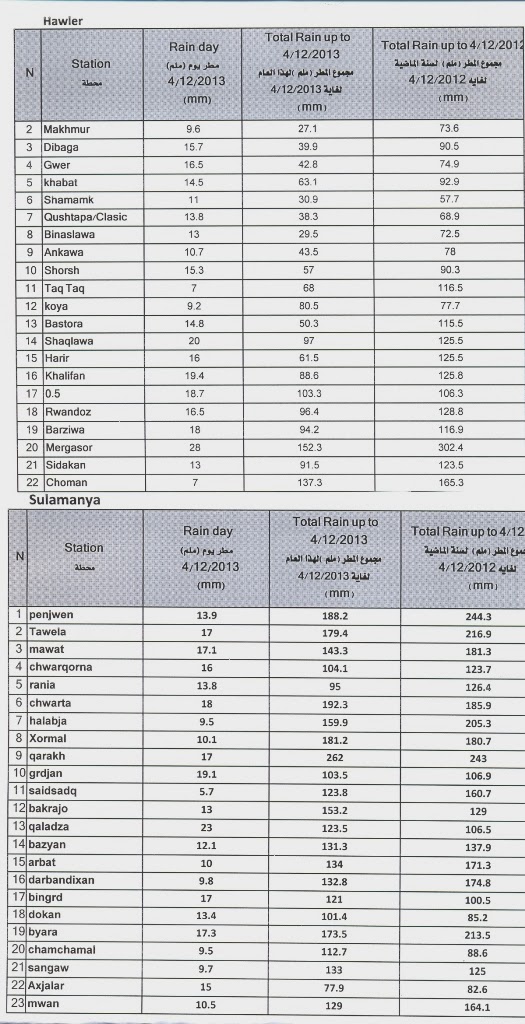 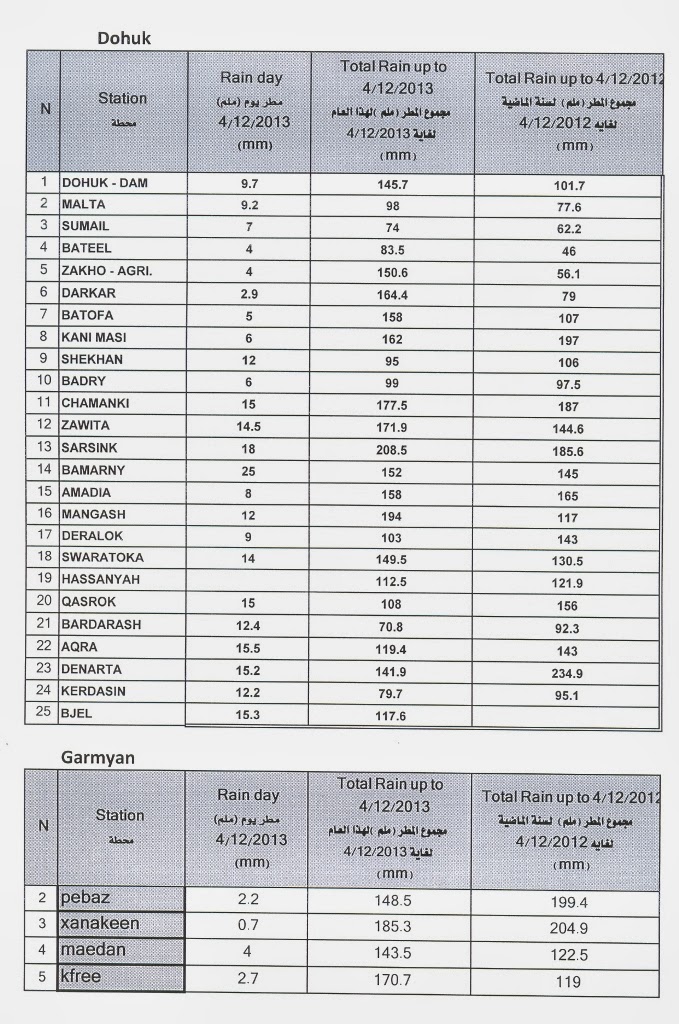 Posted by Talib Elam at Thursday, December 12, 2013 No comments:

Outbreaks of Crimean-Congo hemorrhagic fever [CCHF] seem to have
doubled in Gujarat, the 1st state to have reported the prevalence of
this tick-borne viral disease in the country.

In the last 3 years [2011-2013] alone, there have been 30 positive
cases and 14 deaths due to CCHF, half of which were reported in a
cattle-rearing community known as the Bharwads, stated experts who
participated in the day-long conference "Healthy Gujarat: Agenda For
Action," organised by the Gujarat Health and Family Welfare Department
on Tuesday [3 Dec 2013].

"The 1st instance of CCHF was detected in Kolat village near Ahmedabad
in January 2011. That year, there were 4 outbreaks of CCHF. The year
2012 was reportedly milder, with 2 outbreaks. However, in 2013, there
were as many as 8 outbreaks," said Dr Kamlesh Upadhyay, a professor in
the Department of Medicine at Ahmedabad-based BJ Medical College &
Civil Hospital.

"In the last 3 years, there have been 30 positive cases of virus
infection, 50 percent of which are from the Bharwad community," added
Upadhyay, who was speaking on the topic of "Disease Burden" of
Gujarat. "Today, there are 14 sites in Gujarat from where CCHF has

Talib Murad Elam
1.12.2013
I was not invited to last week’s Strategic Foresight Group’s Blue Peace meeting in Jordon but that comes as no surprise to me because when, at the Blue Peace meeting in Istanbul in March, I queried why there was no Arabic translation available for the numerous representatives of the Arabic media, I was curtly told by Sundeep Waslekar, founder of the Strategic Foresight Group “We are not interested in what you have to say!” It left me with the distinct  feeling that I had thrown a stone in Mr. Waslekar’s mosque.

I have no doubt that I raised awkward issues at the Istanbul meeting and the previous one in London last year and that this caused some concern amongst the others present.  However I believe that it is essential that one must have full transparency in discussions such as these and there was no reference being made to the extent of the reduction in water flow to Iraq because of the dam construction in Turkey. Furthermore while Turkey claimed that it needed water for its increasing needs there was no reference to the fact that Turkey had offered thousands of hectares of the land that could be irrigated by the water that would otherwise flow into Iraq to the Gulf States to ensure their food security. In a nutshell Turkey would sell food security to the Gulf while depriving Iraq of water. I raised this point in Istanbul and when I said 1.6 million hectares of and was on offer, the Turkish delegate Mr. Dogan  said  ‘No you are wrong , it is 1.2 million hectares!’

The Gulf media reported that the Turkish Minister for Agriculture, Mehdi Akar, on a visit to the Gulf in 2009 said, ‘Choose and take what you want.’ This led to criticism that Turkey was allowing neocolonialism and yet another view is that it is land grab with the real aim of controlling water. The Gulf States’ investments in Turkey were the subject of a report on Turkey by the Oxford Business Group in 2012 which can be purchased. The report identifies Qatar’s Hassad Food as wanting to purchase thousands of hectares in Turkey for livestock and crop production and states that Turkey is a major recipient of Saudi investment in agriculture as KSA endeavours to purchase its food security. In 2011 KSA applied to the Southeastern Anatolian Project (GAP) to set up a 1 million head sheep farm while Bahrain, Kuwait and Italy are also stated as being interested in obtaining land while various foreign hedge fund investors are buying land.

In 2010 Turkey passed new laws that could allow foreign nationals to buy parcels of land up to 99,000 sq meters while citizens of Iran, Syria, KSA and the Gulf States could buy land with no size limit. At the same time the duration for which foreigners could use the land was increased from 99 years to ‘indefinite’. This news was published by the Isreal National News on 28.11.2010 because Isreali, and Greek citizens were barred from purchasing Turkish land! Perhaps we should discover if Iraqis can buy Turkish land.
Turkey views water as a commodity that can be bought or sold as confirmed by its ex prime minister and repeated in these Blue Peace meetings. Indeed the Turks can be said to be using this organization as a platform to air their controversial views without opposition.

Turkey is not regarded as a water-rich country by world standards as it has about 1,600 cu.meters of water per capita while on the global scale water-rich countries have 8,000 – 10,000 cu. meters per capita. However the country has more water than its neighbours in the region and in the past Turkey has advertised its willingness to sell water in bulk to its neighbours, (www.merip.org, report no.MER254, pub. 2010), and in 2010 Turkey was using only 41% of its water flow. The country has heavily invested in dams over the decades and water is used to generate hydroelectric power in addition to domestic and agricultural usage. In the 1970’s it embarked on the Southern Anatolian Project (GAP) involving 22 dams, 19 hydroelectric power plants and several irrigation networks at a cost of tens of billions of dollars. In 2010 some 57% of the cost of GAP had been achieved and Turkey was claiming that the agricultural developments generated by the project would create job opportunities for the people of the predominantly Kurdish population of the south east. However what cannot be overlooked is the destruction of Kurdish villages and displacement of the inhabitants as the flood waters rise behind the dams. This displacement of its Kurdish citizens cannot be overlooked as an answer to the state’s Kurdish problem!

In the 1980’s UN organisations and international think tanks were established to promote ‘integrated water resources management’ that were not based on sovereignty and political boundaries but on hydrological realities. This was not welcomed by upstream countries such as Turkey which receives 31% of its waters from the Tigris and Euphrates. The springs and runoffs in Turkey supply 89% of the Euphrates flow (Syria supplies 11%) and 52% of the water in the Tigris with the rest coming from Iraq.

The Turkish government is determined to maintain its hold on what it perceives as a Turkish commodity and fought hard on the international front to maintain the principle of sovereignty in water law. In 1997, together with China and Burundi, Turkey refused to sign the UN’s Framework Convention of the Non Navigational Uses of Transboundary Water Resources. Turkey has always disliked the term of ‘water sharing’ and believes that ’ it is not a useful approach, as one cannot share a commodity which is constantly changing in quantity and quality in time and space under variable conditions of the hydrological cycle. Instead, the principle of sharing the benefits at basin level should be pursued.’

The conflict within Iraq has allowed Turkey to reduce the water flowing into Iraq and in 2009 Istanbul hosted the Fifth World Water Forum, which is the biggest global think tank and which organizes gatherings every three years in those countries that have significant water resources or embrace water privatisation. Turkey’s water is owned by the government but private companies manage the water services and, in a world where the big water companies, backed by the IMF and the World Bank , are involved in huge public relations campaigns against ‘irresponsible water use’ then companies promoting water conservation are only one step away from announcing ‘ conservation of a resource comes at a price’. I find myself asking, what will be the price Iraq pays?
Earlier this month Ayatollah Ali al-Sistani at a meeting with Turkey’s Foreign Minister, Ahmet Davutogluas, who was on a two day visit to Iraq complained about Turkey’s dam construction and reduction in flow of the Euphrates and Tigris. The Ayatollah said that Iraqis were suffering from water shortages and that the issue should be solved through bilateral mechanisms and, if necessary, through UN arbitration. The Ayatollah is correct and, when it comes to meetings of foresight groups such as the Blue Peace, Iraq should be represented by those at a Ministerial level and technocrats and not by anyone who is happy to have a few days abroad and the chance of getting their name in a report.

It is time for the governments in Baghdad and Erbil to wake up to what is going on and to do something to safeguard our water supplies. Turkey has now achieved a supply of oil/gas from Iraq, it already has a lucrative market here for its agricultural produce and it is but a short step to sell us the water that once freely flowed into our country.

I was told by the prime minister office in Baghdad that the Ministry of Foreign Affairs is responsible for Iraq’s water file.
Posted by Talib Elam at Thursday, December 05, 2013 No comments: