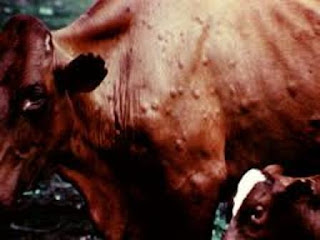 
It is believed that the disease has been introduced by smuggling of
cattle from Middle Eastern countries such as Syria and Iraq. Blood and
skin samples have been obtained and sent to a veterinary research
institute for laboratory diagnosis. Measures are being undertaken by
the authorities to control the disease and prevent its spread to other
villages.


According to the director of the District Food, Agriculture and
Livestock Directorate, Recep Yilmaz, this African disease, which can
be spread by flies, has never been seen before in Turkey.